India is a land of commuters.

A study shows that an average Indian commuter spends 3-4 hours a daycommuting to work and back home. To kill the boredom during commute, a small portion of them read a book, but a major portion of this crowd resort to music.

Before the arrival of internet, this need was fulfilled by battery-powered FM radios where people listened to cricket-commentaries and songs. But, the arrival of internet and smartphones allowed people to download and listen to songs they liked. Even though music streaming apps like Saavn existed since 2010, people hardly streamed music on their phones.They either listened to it on their computer, or when connected to a public WiFi.

An average Indian commuter spends 3-4 hours a day commuting to work and back home.

For a few years after 2010, the future of music streaming industry was a highly speculated one. No one thought services like Saavn, Gaana, etc. will have a widespread use among audience.

But, the year 2015 changed everything.

The launch of Jio gave Indians the possibility of streaming content without limits. Gaana, a Gurugram based streaming service, grew its user base by eight times since 2016 during when Jio made the commercial launch of Jio. (As of October 2018, Jio had over 250 million customers across the country)

This brought India into the spotlight, making it one of the booming markets for the music industry. Companies like Apple, Spotify, and YouTube wanted to get their fair share in the market before anyone did. At the same time, Jio – who provided high speed 4G services, launched their own streaming service Jio Music and bundled them with every connection, thereby making it a default destination to listen to music.

A year after the beta launch of Jio, the only major competitors in the streaming space was Saavn, Gaana, and Jio Music. But, in 2016, Apple launched its music streaming service Apple music and it turned on the heat. This was followed by Google Play music that launched its subscription service in 2017 for a lowest price of Rs. 89.

Amazon seeing the growing trend among On-demand Video, also jumped into on-demand music scene by launching Prime music in 2018. This was followed by Spotify and YouTube music during Q1 2019.

India would have 273 million online users by 2020, bringing close to INR 31 billion in revenue.

Now, we have close to 10 music streaming apps that compete against one another. Companies in the space were either raising new round of funding to expand or getting acquired by bigger companies. A few good examples were Gaana raising $115 million from Chinese investment company Tencent Holdings and Times Internet Ltd., and Jio buying Saavn for $104 million, merging Jio and Saavn as JioSaavn. (Saavn is currently valued at $1 billion)

But, when it comes to monetization, only a few players like Prime and Apple music use a subscription-only strategy. A majority of other players offer a freemium model where users can listen to music for free, but cannot download them on their devices. There are also exceptions like YouTube music that won’t let you play songs in the background if you’re using the free plan.

A majority of the user base is still subscribed to the free plans, and are okay with listening to ads in between. But, a small percentage of subscribed users are giving hope for the companies to a brighter future.

The success of JioSaavn and Spotify acquiring 1 million users within weeks of its launch has definitely turned the heat among the competitors. A report by Deloitte projects that India would have 273 million online users by 2020, bringing close to INR 31 billion in revenue.

What does this mean to a consumer? Every consumer will now have a range of services to choose from. The market now offers variety and features based on a consumer’s requirement. But, this also has a downside.

With so many companies competing for the attention of the user, it becomes difficult for a normal person to choose the right service. Listening to music, which was once a peaceful experience will now be gone. Users will now have multiple apps installed on to their smartphones and will keep switching between them to find better music. Also, notifications from video streaming apps like YouTube, Netflix, and Prime Video will try to pull their attention away from music. Result? They would keep switching between apps throughout their commute, a scenario similar to having the TV remote and the choice to switch between several hundred channels. The experience would eventually become frustrating and would ruin the whole experience.

Trying out new services is something that every consumer should do. But, sticking to one service sooner would ease the experience and make it less painful. 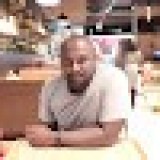 After looking into a handful of the articles on your site, I honestly like your way of writing a blog. I saved as a favorite it to my bookmark website list and will be checking back in the near future. Please check out my web site too and let me know how you feel.|

Do you mind if I quote a few of your articles as long as I provide credit and sources back to your website? My blog is in the very same area of interest as yours and my users would genuinely benefit from a lot of the information you provide here. Please let me know if this okay with you. Cheers!|

Sure. Feel free to quote

Good day! This is my 1st comment here so I just wanted to give a quick shout out and say I genuinely enjoy reading through your articles. Can you recommend any other blogs/websites/forums that deal with the same subjects? Thanks a ton!|

Heya! I know this is sort of off-topic however I had to ask. Does running a well-established website like yours take a large amount of work? I’m brand new to blogging but I do write in my journal everyday. I’d like to start a blog so I can easily share my personal experience and thoughts online. Please let me know if you have any kind of ideas or tips for new aspiring bloggers. Thankyou!|

It’s not a lot of work! Setting up a blog is very simple. You can start by creating one from wordpress.com. When it comes to blogging, consistency is the key. Keep blogging and you’ll see amazing results.